Creative producer, director, multidisciplinary creator who has a lot of creative works on his account, not only the artistic ones. After returning from the USA, where he left in order to seek experiences and studied "Street dance" in Los Angeles at the renowned Hollywood dance school MaDonny Grimes, he established the JAD Dance Company in 1999, a group of Czech and foreign dancers and choreographers. His experience in production and creativity has led him to actively collaborate with foreign artists, and his performances have been successful in many cities around the world, from Tokyo to Los Angeles. In big showbusiness, he is probably most famous for his long-term collaboration with famous rapper Kany West.

As the only one Czech he was a member of jury of the American talent competition The Best broadcast by the CBS television. Today, he owns company JAD Productions, where he successfully creates concepts for the world's leading companies, his own goodwill projects and artistic shapes, such as CYCLES - experimental connection of live performance, perceptual installations and immersive theater. In next season he prepares his own project for the ballet of the National Theater. 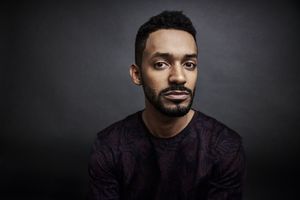