Renata was born and lives in Liberec. However, her job opportunities took her via London to Prague for fifteen years, where as sports manager or director of a production agency, she devoted herself to event and sports marketing. She has brought her creativity to various sports such as football, tennis, golf, triathlon, running or skiing, but one of the most amazing work experiences has been the organization of the program at the Olympic Games in Vancouver and London. From a professional point of view she really appreciate production of long-term projects: PIAF, advertising festival and reSITE, architectural conference.

After returning to her home in Liberec, she was involved in PR and marketing of ski resorts in the region. She drived the intention to build a new ski slope in the Ještěd Ski Area. This brought her to the political sphere and she became the representative of the Liberec city council, where she profiled herself as a link between sport and culture thanks to her work as the director of the international sports film festival SPORTFILM LIBEREC. She brought new life and energy and innovated festival with a 25-year tradition is now one of the most prestigious events of its kind in the world. The festival includes exhibitions, conferences, film premieres, events and, of course, the main competition part with the announcement of the best films as part of the gala evening. Sportfilm is a good example how to combine sport and culture in Liberec naturally with regard to the character of the place, the interests of citizens and history. 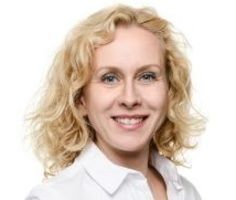