The Coronavir epidemic has mixed up almost all areas of our lives, needless to say, it has had a particularly marked impact on culture. Although the title of European Capital of Culture is regularly awarded for one calendar year, it is preceded by many years of careful preparation. The Serbian city of Novi Sad thus won with its comprehensive cultural vision long before the epidemic hit the world. Although Novi Sad was originally chosen as the city of culture for 2021, due to the spread of COVID-19, the hosting of the main program part was postponed for a year, and so Novi Sad will eventually take over this role in 2022, together with the Lithuanian city of Kaunas. and the Luxembourg city of Esch. COVID-19 and the measures taken in connection with it were thus signed on the culture on such a symbolic level, and in 2021 the ECOC title did not belong to any city. The cultural cities of 2020, Rijeka in Croatia and Galway in Ireland, then exceptionally retained the title until April of the following year.

Although Serbia is not a member of the European Union, the cities of the candidate member states or countries that are part of the European Economic Area (EEA) can also apply for the ECOC title. Novi Sad will therefore be among the more than 60 cities that have been awarded in this prestigious competition since 1985. The main thematic line of candidacy was thus given to Novi Sad to a certain extent - how to properly integrate not only the city but also the entire Serbia into Europe through cultural dialogue. In the culture and comprehensive art program, Novi Sad sensed immense potential, and formulated his vision as a diverse tool for this integration.

The concept of the city programme is built on 4 pillars, which is not just a phrase. The slogan "4 New Bridges" refers to 4 real bridges that span the city. The bridges reflect the values ​​on which Novi Sad wants to build and further develop them. It is about Freedom, Hope, Love and Diversity (or also the Rainbow). In accordance with the main principles and goals of the cultural programme, 8 flagship projects were established, determining further partial creative and artistic activities. The main focus of each activity will be to celebrate cultural diversity, the power of women's creativity, the future of education and much more. In 2022, over 1,500 cultural events will be on display and 4,000 local, Serbian and international artists from more than 45 countries will be involved. Novi Sad is committed to build new bridges of cooperation, to the flow and exchange of knowledge, skills, ideas and creativity, and seeks to connect and promote cooperation between artists, creatives and organizations not only from Serbia but from all over the Europe and the world. Keep our fingers crossed for the Serbia to be as successful as possible in this journey to an open and diverse society. 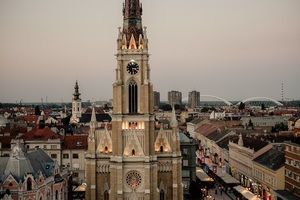 If you haven't heard about Kaunas yet, then know that in 2022 it will become one of your first associations in terms of culture. Kaunas is located in the heart of Lithuania, and this historically temporary capital of the country has made the most of its temporary fame. It went into the cultural struggle with the slogan "ConTEMPOrary Capital". The plan is a magnificent celebration of the birth of a contemporary, solidary and creatively stimulating city, with all its history, stories and legends. The overall concept and programme's vision for the ECoC Kaunas title is so strong and suggestive that it will be difficult to resist the idea of luggage packed in proportion to Lithuanian weather so that one can blend in harmoniously with the celebrating crowds of Kaunas.

The days when the city of Kaunas was in focuse are gone, this temporary status was granted to it between the two world wars, in the years 1919-1940. The forgotten Kaunas suffered not only from urban fragmentation, but especially from sociological fragmentation. The locals found it difficult to relate to the city, they felt detached from regional events and indifferent to local history. Therefore, in its candidacy for the ECoC, Kaunas also mobilized smaller towns and villages in the immediate vicinity and in the first stages sought to strengthen the community of artists and creatives, but also to involve a wide range of other inhabitants of the city. Together, they will look for a new city myth in 2022 that will not forget anyone. The formulation of their own new legend, with which the people of Kaunas will be able to identify, will be dominated by the birth of the mythical creature ("The Beast of Kaunas"), which will rise from the river, crossing the city. The river creature enters the lives of the city's residents through street festivals, artistic performances, through comic books not only for children, steampunk short stories, through television shows or in colorful stories and superstitions.

The successful path from a creative grasp of the past to the active shaping of one's own future is thus paved with two dimensions, a strong local community on the one hand and a quality cultural background and program on the other. The grandiose festival of co-creation therefore necessarily relies on the educational aspect, which will guarantee the continuity of the project and the sustainable cultural future of the entire region. The "Academy of Culture" thus offers comprehensive educational programs as well as partial lessons and workshops for all grades and generations. The emphasis on local participation in combination with methods of interdisciplinary cooperation across sectors and countries will build and strengthen a unique, confident and open society, a vision that goes far beyond the annual festival party. 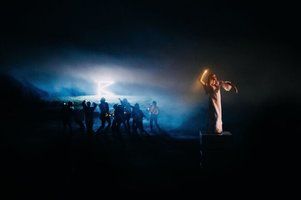 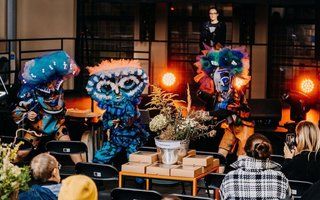 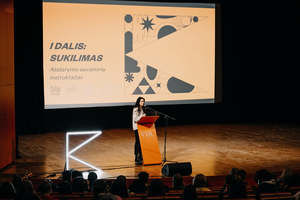 The city of Esch-Alzette has formed a whole region of municipalities as part of its application for the title of European Capital of Culture. In 2022, we will have the opportunity to visit not only Luxembourg's second largest city, but to experience the entire cultural region. The city of Esch has moved the perception of state borders to the next level, and instead of dividing lines from atlases and geography textbooks, it has included in its cultural planning a number of municipalities from neighboring France in addition to the cities and towns in that part of Luxembourg.

With the motto "REMIX Culture", they will mix not only a cocktail of art, Europe, nature and ourselves during the year 2022. These four main sections share an artistic program whose dominant starting points and goals are the mutual synergy of local and international cultural actors, sustainable development and the involvement of the general public. Esch builds on the industrial tradition of the whole region so that he remains true to his own identity, but still deciphers and addresses the challenges of the present and the future. Especially in the perspective of the coming years, the focus will be on transparency, solidarity and trust. Without these values, the struggle for freedom and cohesion will not be possible. In addition to the mandatory objectives that are usually associated with the ECoC title, the Luxembourg-French region has set itself the task of building citizens' self-confidence and a sense of belonging in a transparent, sustainable future. In the spirit of the creative motto "to inspire and be inspired", diversity will be promoted together with care for the personal development of each individual. 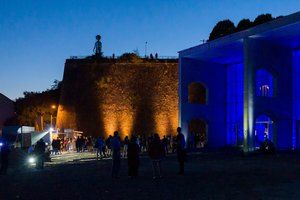