Liberec is fascinating, it has a lot to offer

In the second of the series of interviews with the ambassadors of the European Capital of Culture Liberec 2028 project, we bring the views of Chris Kelly, a descendant of the famous Clam-Gallas family, who played a key role in the dynamic development and image of Liberec in the 19th and early 20th centuries. Although she lives in Great Britain, Chris has a strong commitment to her Liberec roots and supports Liberec's candidacy for the European Capital of Culture 2028. Asked Ivan Langr, Deputy Mayor for Culture, Education, Social Affairs and Tourism.

You live in London, which is a far away for us today. However, you are also the Ambassador of Liberec for the European Capital of Culture 2028. Why?
Like my ancestors, I have strayed from my roots. I have been living in the UK for over 30 years now. But rediscovering my family's history started in 2012 was an amazing experience for me, I feel attracted to the Liberec region.

What do you think about Liberec's chances of winning the title of European Capital of Culture 2028?
Liberec is a fascinating city and has a lot to offer. Not only in the present, but also in its history. What was the reason why it developed so strongly industrially at the end of the 19th century? There was trade, business, natural resources and a talented workforce that looked ahead to the development and growth of the city. Liberec's location in connection with the convergence of several local cultures meant that the area was rich in many ways and in terms of many influences. At the same time, this diversity continues to these days, is healthy and generates growth.

How can Liberec and its surrounding region change thanks to winning the ECOC 2028? What can it bring to our citizens?
Victory in ECOC 2028 can put Liberec at the center of Europe's attention and attract interest in everything Liberec has to offer.

Dream from the future - Liberec won the title and we are in 2028. What should be not missing in Liberec this year (programme, constructions, etc.)?
Let's look at books about your history! To the catalogue of the "world" exhibition from 1906, relatively recently mentioned in the Regional Gallery. Let's see what happened here at that time. What industry was presented there? Who were the exhibitors? Which people was attracted to this exhibition and why? I think we will find a very interesting inspiration there! 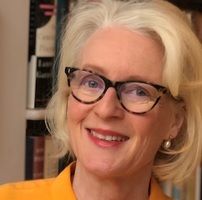